Dermacentor variabilis is often called the wood tick in Wisconsin but is called the American dog tick in other parts of the country.  This tick has not been associated with disease transmission here, although it can transmit the bacteria causing Rocky Mountain spotted fever and tularemia–also known as rabbit fever– in other areas of the United States.

Although the bacteria which causes Lyme disease, Borrelia burgdorferi, has been found in wood ticks, this tick does not pass the bacteria to humans or other hosts.  At this point, there is no scientific evidence that wood ticks are able to transmit the Lyme disease bacterium. 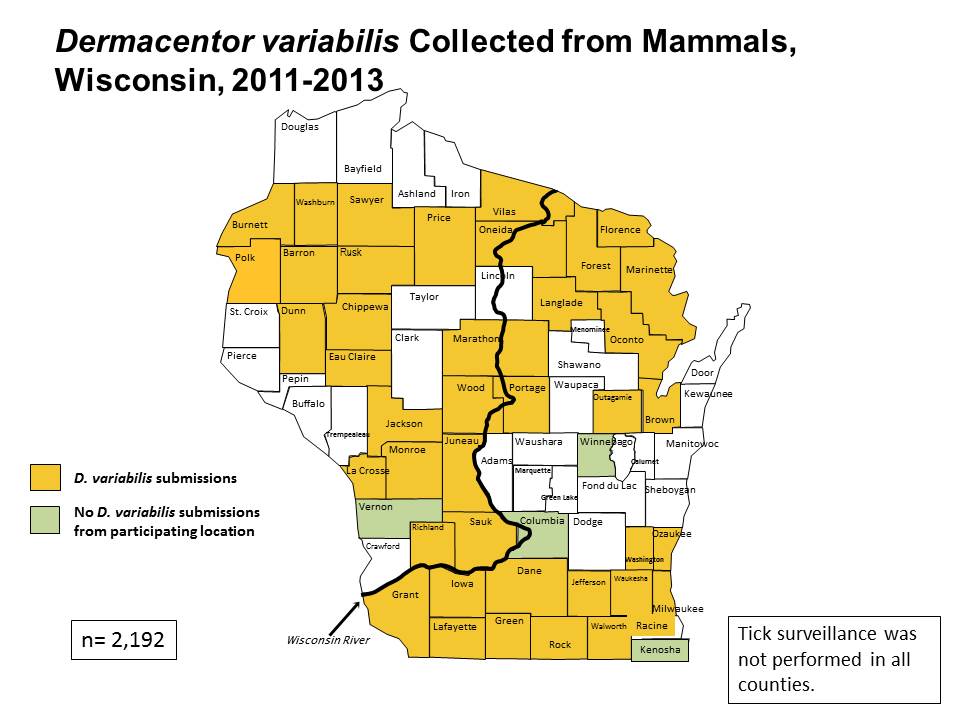 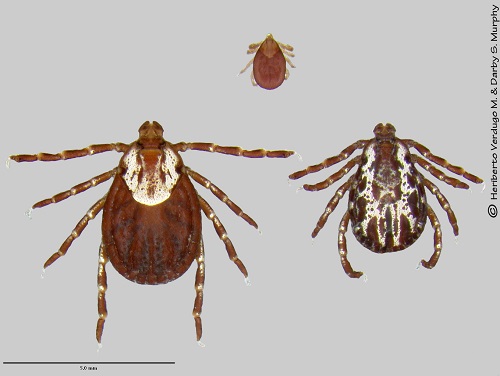 The adults of this species are very common on humans and on dogs and cats.  The immatures (larvae and nymphs) almost never bite people, but are common on mice, chipmunks and other small wild animals.  The species is widely distributed in Wisconsin, occurring in wooded areas but also in grassy meadows and along roads and paths.