Human ehrlichiosis can be caused by several species, including Ehrlichia chaffeensis, E. ewingii, and E. muris.  E. chaffeensis is transmitted by lone star ticks, which are uncommon in Wisconsin.  This graph is from the Wisconsin Department of Health Services and summarizes all E. chaffensis infections, including those acquired while traveling to other states where the lone star tick is common.  For more information see https://www.dhs.wisconsin.gov/tick/ehrlichiosis-about.htm 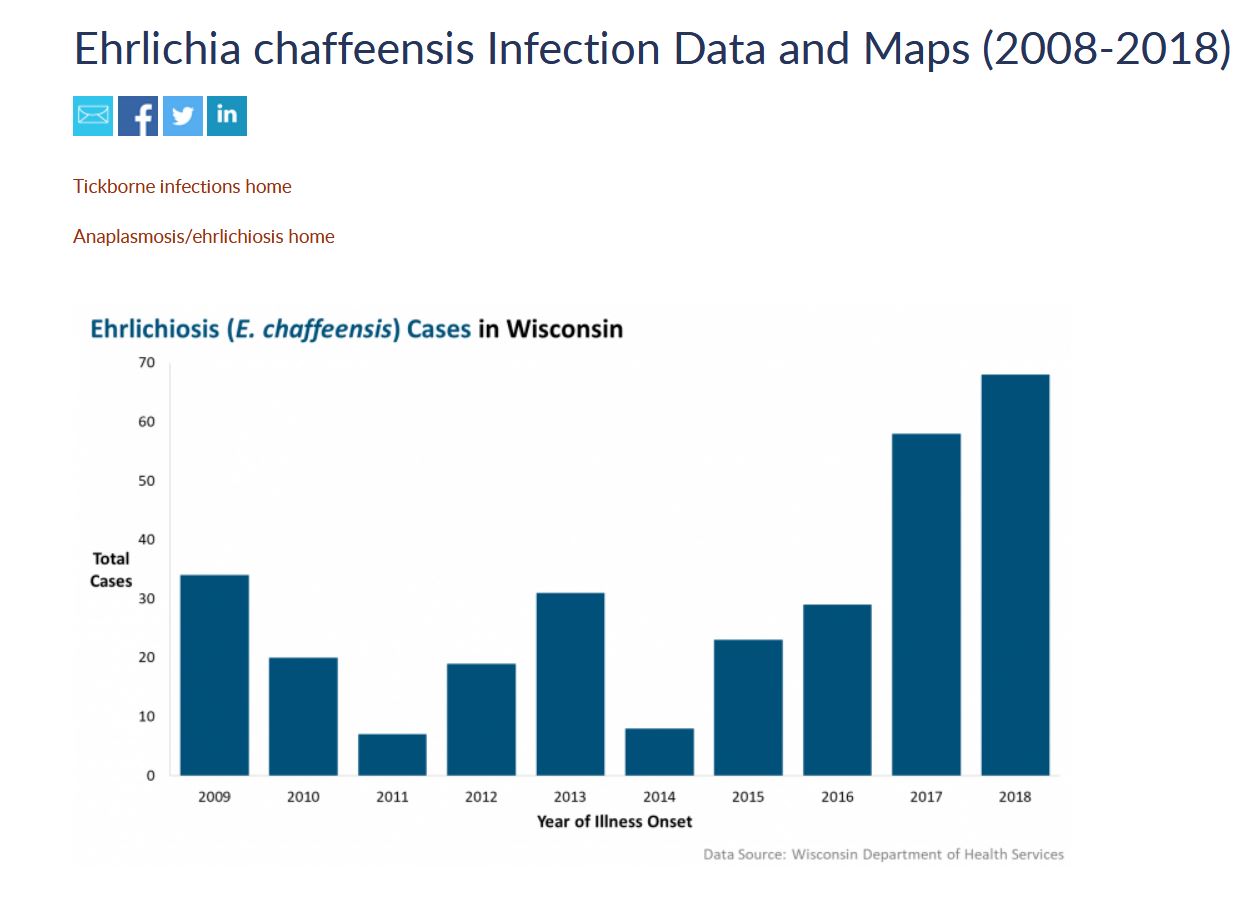 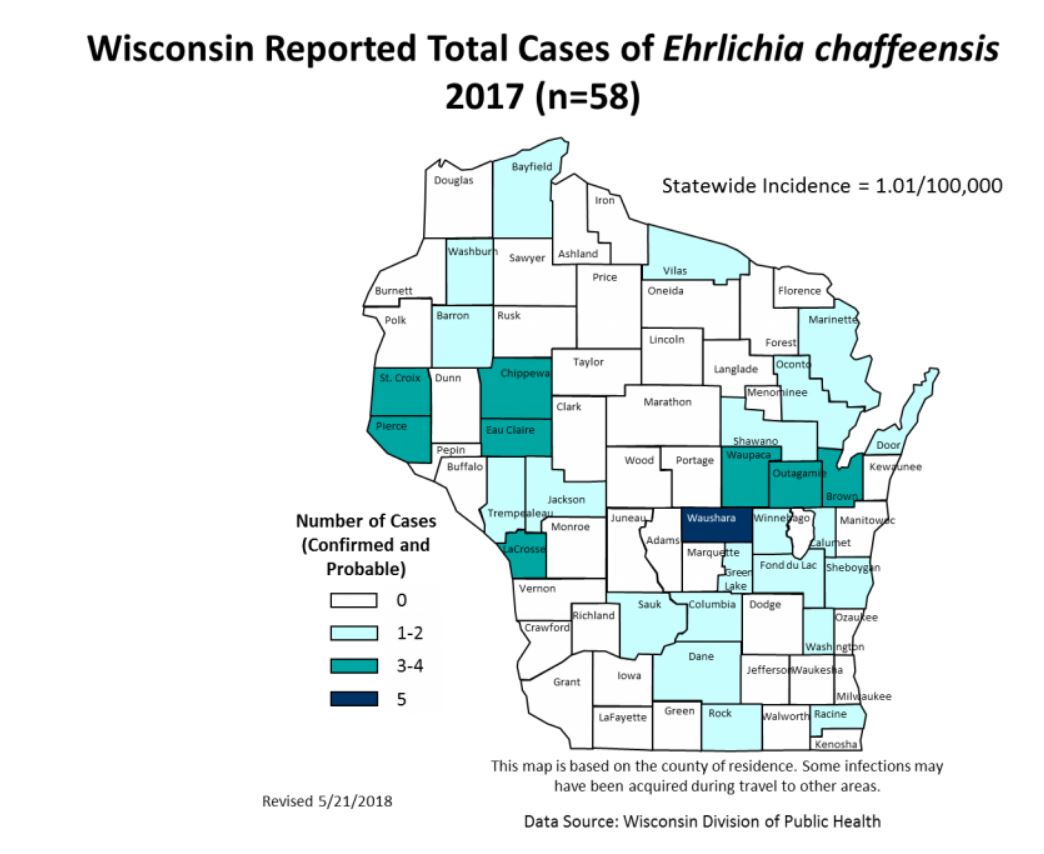